Refrain from violent and impetuous behaviour

Shotokan Karate is a traditional Japanese martial art form.  It was created in the early 1900's by Master Gichin Funakoshi and is still practiced all over the world.    His goal was to create an empty hand style of defense as well as a way to condition the mind and body.  Shotokan focuses on strength and power developed through low stances and use of hip movement, with the fundamental tools are a balance of blocks, punches and kicks.  The primary aspects of training are kihon (basics), kata (forms), and kumite (sparring). 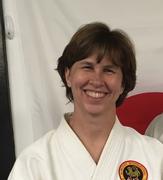 ​Sterling Martial Arts (SMA) was founded in 2002 by Renshi Sue Sonia who gave up a career in Physical Therapy to pursue her dream of teaching martial arts. Having started her martial arts career in 1993, she brings her love of Shotokan Karate to students of all ages.  SMA is a proud member of Almeida's International Karate-do Association (AIKA).  Under the leadership of Hanshi John Almeida, AIKA has been producing top students in Shotokan Karate for over 40 years. There are numerous schools in AIKA located in Massachusetts (and one in the Azores), with students enjoying the privilege of being able to train at any of the dojos.  Sterling Martial Arts is a part of Sterling Gym, so families also have access to amazing gymnastics, dance, and Ninja Challenge programs. 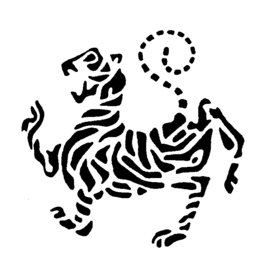 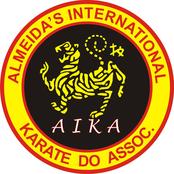